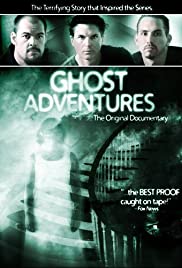 In 2007, The Sci-Fi Channel premiered “Ghost Adventures,” a raw documentary in which 3 men go to Virginia City, NV and Goldfield, NV on a ghost hunting expedition. Virginia City is rife with macabre lore and reputed to be one of the most haunted cities in America. Ghost Adventures has won a Grand Jury Prize for Best Documentary that was given by the New York International Film & Video Festival.

Paranormal investigator Zak Bagans and his crew, Nick Groff and Aaron Goodwin, search for haunted locations both domestically and internationally. During their investigations, Zak and crew acquaint themselves with the general area; interview locals about the hauntings; and go face-to-face with the evil spirits who reportedly haunt these locations.